On Sunday, May 2, 2021, we joined various women's groups in Canada, including WHRC Canada, Alberta Radical Feminists, and caWsbar (Canadian Women's Sex-Based Rights) and took to the grounds of the Alberta Legislature to hold a protest.

What follows is a transcript of Raine McLeod's remarks!

A video of this speech and those of the other speakers is available on our facebook page! 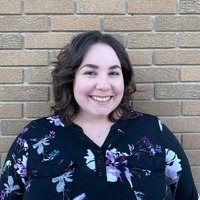 Less than one hundred years ago, women weren't considered persons under the law, that is until incredible women, our fellow Albertans Emily Murphy, Nellie McClung, Irene Parlby, Louise McKinney, and Henrietta Muir Edwards, took their concerns to the Judicial Committee of the Privy Council of Great Britain after the Supreme Court of Canada denied their case. They demanded equal representation and did not stop until they were successful. Work like this led to women being allowed to participate in governing our cities, provinces, and our country. These brave women gave us the opportunity to use our voices and we honour them today by doing just that.

This isn't about left-wing or right-wing politics; this is about WOMEN. This is about *us* and our rights to freedom of expression, to bodily autonomy, to private spaces, to gather in exclusive groups, to our sports, to our scholarships, to our choice of sex partners, to our choice of health care provider, and to our right to name our abusers without fear of repercussions because we used the "wrong" pronoun or name. Our crime statistics are being compromised, our most vulnerable population, incarcerated women, mostly Indigenous women of colour, are being placed in even more danger under new laws that allow male sex offenders to be housed in women's prisons.

This isn't about being a Liberal or a Conservative, it's about being adult human females who have experienced oppression on the basis of our biological sex. This isn't something we can just identify out of. This isn't a magic trick that will cure the real issues we are faced with. Do not misunderstand: we are explicitly and exclusively PRO WOMAN. Any insistence that we are hateful or bigots or fascist is a deliberate misrepresentation of what we are saying and our goals.

Women around the world are standing up, and speaking out. Groups of women have formed all over the world and continue to work to protect ourselves and our children from the creeping monster of identity politics and the idea that biological sex doesn't exist or matter.

The Canadian Department of Justice has a section on its website under "Women and the Criminal Justice System" called "Definitions." In this section, heterosexual is defined, homosexual is not. Gender appears, not sex, but "sex assigned at birth" when we know that sex is observed, not assigned. One can also conveniently identify into an Indigenous identity under these definitions. The word man is not defined, but woman means: "All people who identify as women, whether they are cisgender or transgender women." If we cannot accurately define biological sex, or man, or woman, we lose the ability to describe our oppression and to work for our own liberation. "Gender-based violence" is defined as "violence targeted at a person because of their gender, gender expression, gender identity or perceived gender" COMPLETELY erasing what women and girls go through explicitly because we are female. If we allow "gender" to be prioritised over sex, for an ideology to be prioritised over reality, if we lose our language, WE are lost. The laws protecting us are lost.

So, today we stand in the footprints of the Canadian feminists who came before us, who demanded that we be acknowledged and protected on the basis of our sex, who fought tooth and nail for the rights that we have today, the *same rights* being undermined by a new cult-like religion that requires obedience and acceptance of medical experimentation without question and without complaint, under threat of social and professional alienation and blacklisting. We have to stop staying quiet, we have to stand up. Women say NO. Women will speak. Alberta women will speak! And you will hear us whether you like it or not. Magdalen Berns said "it's not hate to defend your rights, and it's not hate to speak the truth." The truth is ugly but the consequences of denying reality are worse.

We need a new women's revolution, we need women's liberation. So here we are on the steps of the Alberta Legislature, exercising our right to freedom of expression.

My name is Raine McLeod. I'm the president of Alberta Women's Advocacy Association, I founded Alberta Radical Feminists, I'm the WHRC Canada English Country Coordinator, I'm from Calgary and I know that women are adult human females and that biological sex is the foundation of our oppression!

Thank you to everyone who took the time to attend today's event, either in person or online! We want you all to know that this may be the first #ABWomenSpeak but it will not be the last. Here's to women's rights! Stay safe, stay loud, stay rad!